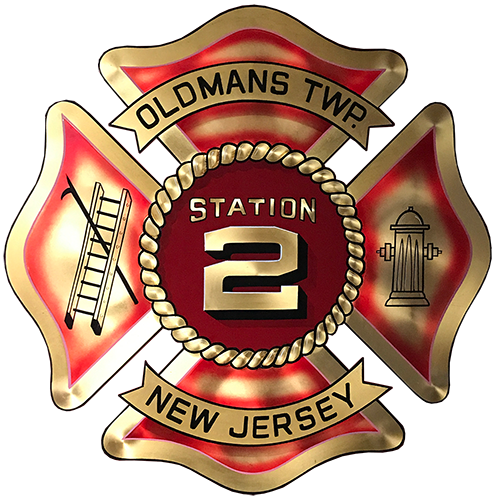 On October 29th, 1965, Horace W. Kragler passed suddenly in his home. Horace Kragler was chief of the Auburn Fire Company for many years. Chief Kragler was a prominent figure in his community and for his love for it manifested itself in the many ways he labored to protect and beautify it. He played a major part in the construction of the fire company’s new building.

Chief Kragler was a man with that rare quality that endears him to all his townspeople. He helped his neighbors by clearing driveways and pavements when it snowed and he took it upon himself the task of beautifying the little Auburn Cemetery. For decades, the cemetery was overgrown with briers and poison ivy that the graves could not be reached. He cleared it, planted trees and flower, and kept it attractive for the past several years.

Chief Kragler was a member of the Salem County Fire Police and a past president of the Oldmans Board of Education. He had 23 years of service with the DuPont Company at the Chambers Works, Deepwater. Horace W. Kragler, who died recently, loved his town. In many ways he labored to protect and beautify it.

The little Auburn Cemetery (for decades a shambles of briers and poison ivy, so overgrown that even people with family buried there couldn’t reach the graves) became one of his continuing projects. Entirely on his own, he cleared and seeded it, planted trees and flowers and kept it in pleasing shape over the past few years; so that the south entrance to the town was no longer an eyesore.

He moved the grass and planted flower beds around the Auburn Church. He helped his neighbors and townspeople when it snowed, by clearing driveways and pavements. He worked untiringly along with the other members of the fire company toward building the new fire house–not because he was fire chief, but because he knew Auburn needed a new and modern fire hall.

These are just a few of the ways in which Horace W. Kragler “made his mark”. He will be missed and long remembered.